Omani business graduate Amal Al Raisi found a career in fashion totally by accident while working for a government ministry in Muscat. After searching for a wedding dress and becoming frustrated at the lack of choice, she decided to design her own. The dress was so popular that she began designing for her family and friends.

Fifteen years later, she is the proud owner of a formidable empire, speaks at luxury conferences for Conde Nast, is on first name, “let’s do lunch” terms with Vogue editor Suzy Menkes, and is set to take her next collection to the legendary Paris Fashion Week in the autumn. Amal has become one of the most recognised names in fashion in the GCC and the Middle East, though she always stays true to her Omani roots.

Every one of Amal’s collections is inspired in some way by Omani culture. The theme of her Spring/Summer 2017 capsule collection is the Silk Routes, notably the trade in frankincense for which Oman’s southern governorate of Dhofar was once famous. Her new Autumn/Winter line, which debuted last month at Torino Fashion Week in Italy, is inspired by the delicate details of Omani architecture. Amal describes her style as simple, feminine and soft, and she takes pride in designing classic pieces that can be worn again and again for years without going out of style. 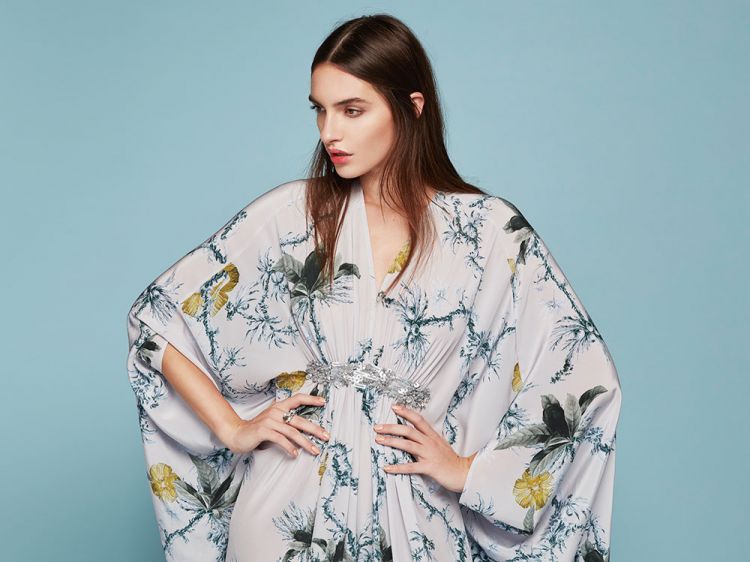 “My style has definitely evolved over the years but I’ve always been very aware of what makes me different from the rest – my unique Omani heritage.”

As a designer in the Gulf, Amal is at the centre of a dynamic, relatively new and constantly changing industry. Even in the last five years, the industry has grown beyond recognition in the region. With a plethora of new designers and the regional launch of famous fashion magazines like Vogue and Harper’s Bazaar, the GCC has become a fashion hub, particularly for designers leaning towards a more modest style. 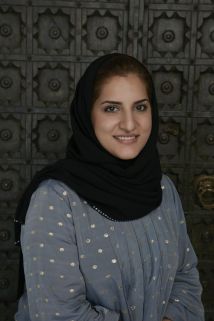 “People don’t tend to associate fashion with the Gulf. I’ve heard so many comments like, ‘Why do they need fashion? All they wear are those black bin bags.’ But there’s definitely a global trend towards more modest fashion, which is amazing for designers in the Middle East. This is the time for the Arabs, this is our chance to show them what we can do!”

Fashion has also become a means of expression for citizens of more conservative, private societies and women are becoming much more adventurous and creative in their day-to-day styles. Amal attributes this to the social changes taking place in the region. “Women in the Gulf are becoming more educated,” she says, “and their mentalities are changing. More women are working and becoming financially independent.” Of course, she acknowledges, the internet has played a role in encouraging these changes as women are exposed now more than ever to different ways of life, social norms and fashion trends. Amal is the perfect role model for young women both in the region and globally who are seeking to become successful artists or designers, thanks to her killer combination of talent, hard work and good business sense. Though she admits that she has built much of her business acumen through trial and error, there are three things she believes have helped her achieve success. 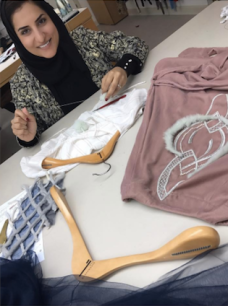 First, she is an excellent decision maker. She sees an opportunity and makes a quick decision about whether to act. Secondly, Amal is adamant that she would not have reached this level of success without her family and friends, who she calls her support system. Without their unwavering support, she says she would never have been able to quit her government job and set up her company. This support continues to this day, as Amal’s husband helps with the financial side of the business and her two daughters – aged 8 and 10 – frequently visit her at work in her boutique.

Finally, Amal is always hungry for a new challenge and sees every experience – both positive and negative – as an opportunity to learn and grow. Right now, she’s setting her sights further afield than the Middle East. “I’m always open minded and I’d love to expand globally,” she says. With an outlet already open in London and Paris Fashion Week just around the corner, she’s already well on her way, blazing the trail for the new generation of khaleeji designers. 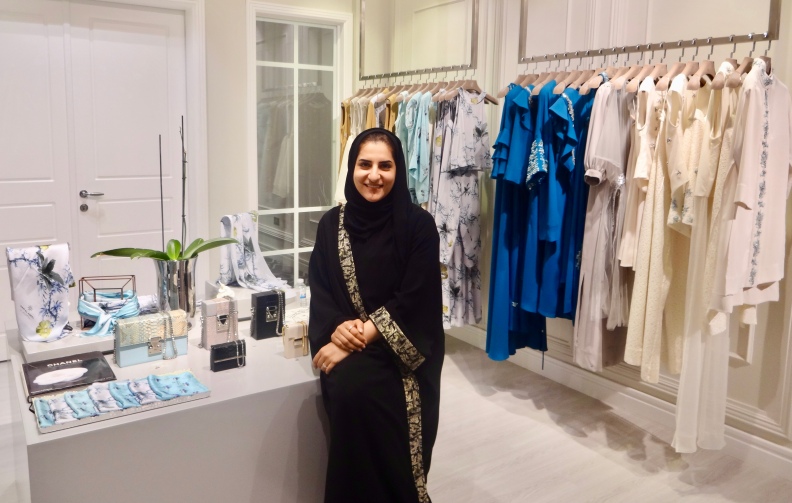 Amal in her boutique in Muscat, Oman. Behind her is a selection of the SS17 collection

6 ways to experience the Middle East without leaving London

5 Instagram accounts that show a different side to Syria