To celebrate International Women’s Day, we’ve put together this list of 10 Middle Eastern women who are breaking barriers, shattering stereotypes and standing up for what they believe in. Prepare to be inspired…

Masih Alinejad is an Iranian journalist, writer and women’s rights activist. In 2014, she launched the ‘My Stealthy Freedom’ movement, which encourages Iranian women to post pictures of themselves without their hijab. Masih is a renowned critic of the Iranian regime, campaigning in particular for freedom and equality for women. She now lives in exile in New York.

Halah Al Hamrani is a Saudi fitness instructor and owner of the FLAG (Fight Like a Girl) Boxing gym in Jeddah, Saudi Arabia. A pioneer in the emerging Saudi women’s fitness industry, the 40-year old mother teaches women to challenge themselves and push their limits. Women in Saudi Arabia are typically discouraged from sports, which are seen as “masculine”. Through FLAG Boxing, Halah is changing that narrative. 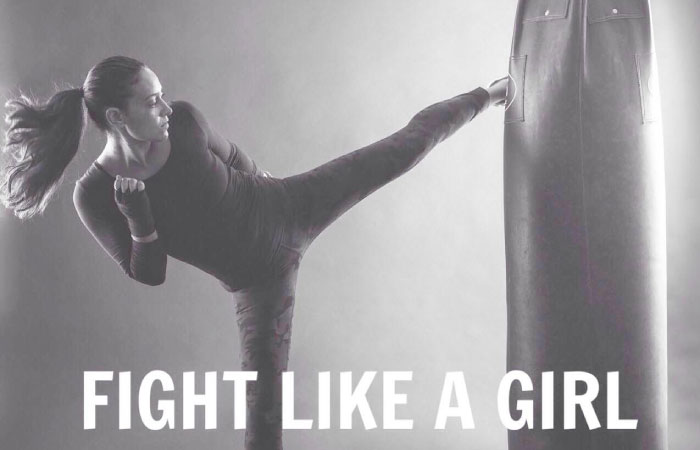 Linda Sarsour is a Palestinian-American political activist and advocate for Muslim Americans. She is also one of the organisers and co-chair of the 2017 Women’s March. During Barack Obama’s Presidency, Sarsour was recognised as a “champion of change”, though since Donald Trump took office, her name and accolade has been removed from the White House website. Earlier this week, she was arrested at the US Capitol for peacefully protesting Trump’s effort to end the Dreamer program that protects some young immigrants from deportation.

Faia Younan is a Syrian singer who grew up in the culturally iconic city of Aleppo but moved to Sweden with her family at the age of 11. Faia’s music explores the beauty of her country and culture, and she hopes that her work will shed light on what’s happening in Syria and other conflict-affected countries. She is the first Middle Eastern artist to crowdfund her debut album and has performed in locations all over the Middle East.

Nadia Murad is an Iraqi human rights activist, Nobel Peace Prize nominee and UN Goodwill Ambassador for the Dignity of Survivors of Human Trafficking. In 2014 she was one of thousands of Yezidi women taken captive, abused and traded as slaves by the Islamic State. After managing to escape, Nadia teamed up with Amal Clooney to take legal action against Islamic State Commanders. Despite receiving threats to her safety, she continues to speak out on behalf of the Yezidi people and victims of trafficking.

Nicknamed ‘The Arab Carrie Bradshaw’, Faiza Rammuny is a social media star and creator of Expired N Fabulous, a blog sharing relationship advice and her comical take on growing up as an Arab girl in the US. Her Instagram videos, where she performs hilarious impressions of her Palestinian parents, use humour to share some of the cultural dilemmas faced by young Arab-Americans.

Zainab Salbi is an Iraqi humanitarian, author and former CEO of Women for Women International, a grassroots humanitarian organisation serving women survivors of war that she founded when she was 23 years old. In 2015 she launched The Nida’a Show, which addresses and inspires women in the Arab world. In 2016, People Magazine named her as one of the ’25 Women Changing the World’. 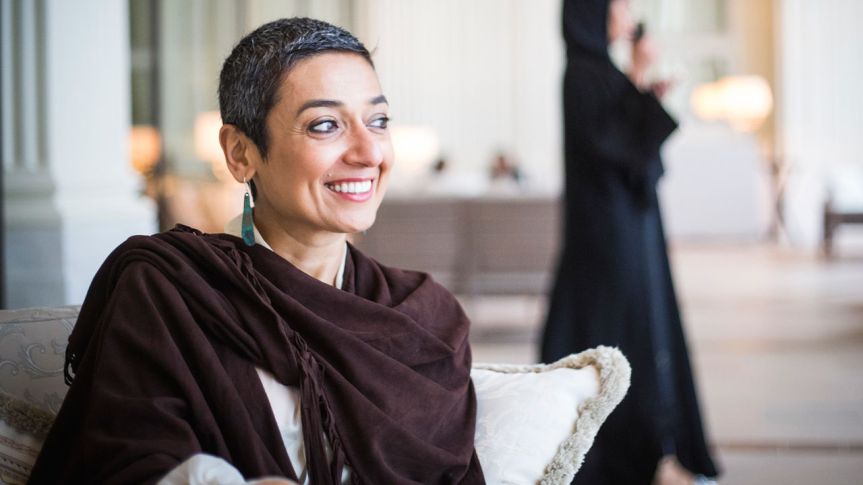 Afrah Nasser is a Yemeni blogger and journalist based in Sweden who has dedicated her career to telling untold stories of Yemen. Through her blog, she has become a recognised authority on the political situation and the conflict in Yemen, and she has been featured on Al Jazeera, BBC, Al-Arabiya and France 24. In 2017, she was awarded the ‘International Press Freedom Award’ by the Committee to Protect Journalists and the ‘Eldh-Ekblads Peace Prize’ by the Swedish Peace and Arbitration Society.

Nazeeha Saeed is a Bahraini journalist and France 24 correspondent who was arrested, imprisoned and tortured for reporting on human rights abuses during the 2011 protests in Bahrain. After the failure of a long attempt to bring those responsible to justice, Nazeeha left Bahrain for Paris and continues to fight for human rights and freedom of the press.

Nicknamed “the Malala of Syria”, 18-year-old Muzoon Almellehan is a Syrian refugee and activist who campaigned to keep refugee girls in school in the Jordanian refugee camp where she lived after fleeing her country. She has since been resettled in the UK where she continues to advocate for girls’ education, and in 2017 she was appointed by UNICEF as its youngest Goodwill Ambassador.

We hope that hearing these incredible women’s stories has inspired you and we wish you a very happy International Women’s Day!

“Driving while female”: Manal al Sharif and the fight for women’s rights in Saudi Arabia