Zainab Salbi is an Iraqi humanitarian, author and activist who founded Women for Women International – a not-for-profit organisation supporting women in conflict-afflicted areas. Growing up in Baghdad, her parents’ reluctant friendship with Saddam Hussein cast a dark and repressive shadow over her childhood. Today, Salbi is telling her remarkable story in a brave and inspiring attempt to encourage us to look inside ourselves to find the answers to the world’s most complex problems. 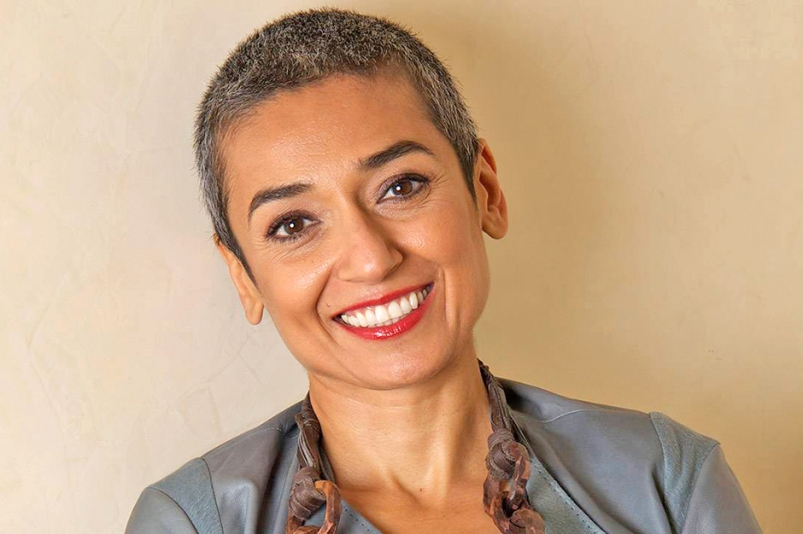 Life under the shadow of Saddam

Zainab Salbi was born in Baghdad in 1969 to liberal, educated parents. Her father was a pilot for the national airline and the family lived a privileged life of travel and parties in a relatively wealthy suburb of Baghdad.

As a child, Zainab adored her mother, who always taught her to be strong and independent, to educate herself and to support and empower other women. In her book, Between Two Worlds: Escape from Tyranny – Growing Up in the Shadow of Saddam, Zainab lovingly describes watching her “happy-go-lucky” parents swimming in the Tigris river and dancing together at parties in their home.

Their lives changed drastically in 1979, when a young, charismatic leader called Saddam Hussein took control of the country. He sought Zainab’s parents’ friendship – along with a host of other liberal, Baghdad socialites – and made her father his personal pilot.

Some of those who Saddam targeted fled the country during this time. Zainab’s parents had to choose between accepting Saddam’s friendship and keeping the safety and privilege of their life in Baghdad, or risking their three children’s futures and fleeing the country. They stayed, and their lives were never the same.

In her memoir, Zainab describes how her family lived in constant fear of Saddam, who systematically deported, tortured and murdered his critics, opponents, and those who disobeyed his will. She offers a unique and profound insight into the transformation of Iraq under Saddam, from a culturally and historically rich nation that was opening up to the world to a brutal dictatorship and a police state.

A story of resilience

When she was nineteen, Zainab’s mother convinced her to move to the USA to marry an older Iraqi man. Zainab describes her husband’s cold, cruel manner in her book, saying she felt that he was channelling his own hatred for Saddam through her when he raped and abused her. She later found out that her mother had encouraged her to marry abroad because she feared for her safety, suspecting that Saddam was becoming attracted to her young daughter.

Zainab left her husband and made a life for herself in America – though she would not see her family again for many years as a result of the Gulf wars that brought even more fear and instability to her home country. She went on to establish and lead Women for Women International, which has gone on to support thousands of women in conflict-affected areas around the world.

Between Two Worlds is a story of resilience. It is the journey of a woman finding freedom from cruelty and oppression, finding her place in the world, and finding her voice. 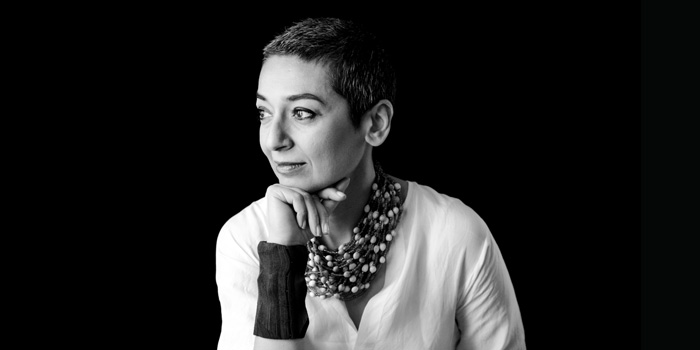 Read Between Two Worlds: Escape from Tyranny: Growing Up in the Shadow of Saddam

Freedom Is an Inside Job

In October, Zainab returned with a new book that delves even deeper into both her story, and all of our stories, in order to offer a new way of looking at the problems in the world and how we can change them:

Freedom Is an Inside Job: Owning Our Darkness and Our Light to Heal Ourselves and the World 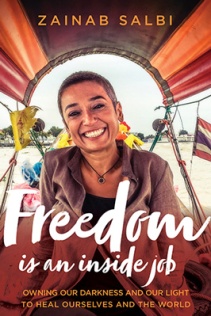 In Freedom Is an Inside Job, Zainab tells the reader how writing her memoir forced her to own her story. For years since leaving Iraq, she had steered clear of telling people about her background, particularly her family’s relationship with Saddam Hussein. Understandably, reliving her past was a painful process, and Zainab feared that people might judge her family’s decision to stay in Iraq and the relative material privilege they enjoyed while many in her country were suffering.

Writing her memoir allowed her to come to terms with her past and to own her story in a way that she previously hadn’t been able to. She explains that she had felt hypocritical keeping her own story and her abuse quiet, all the while traveling the world listening to other women’s stories of pain and suffering, through her work with Women for Women International.

In Freedom Is an Inside Job, Zainab explains that, by speaking up and taking ownership of her experiences, she has been able to heal her relationship with herself and with others. For this reason, she believes that when more people practice forgiveness, surrender to that which they cannot control, and take ownership of both their darkness and their light, the world will become a kinder, more empathetic and therefore less divided place. 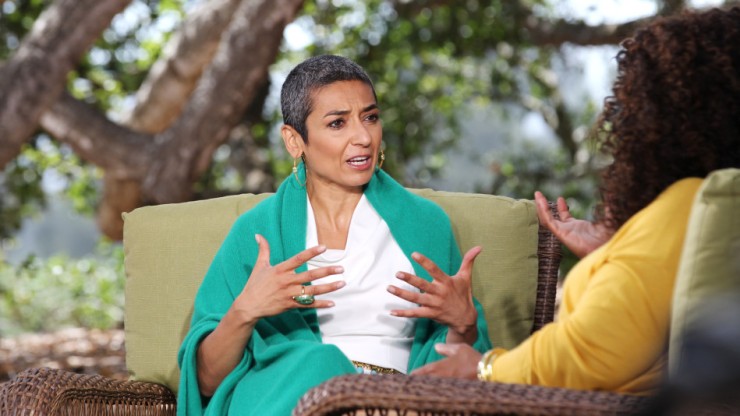 The book is incredibly moving as it shares Zainab’s personal experiences of how conflict in her country impacted her life and her loved ones. I listened to the audiobook, narrated by Zainab herself, and was reduced to tears hearing the emotion in her voice as she describes returning to her family home in Baghdad, to find that it had been taken over by militants during the sectarian conflict that tore Iraq to pieces after 2003.

She also tells a beautiful, humbling story of how she reunited with an old friend, Radiya, who had worked as a maid in Zainab’s family home as a child. Zainab and Radiya were close in age and had grown up together. They were best friends and Zainab’s mother treated Radiya as a daughter.

After Zainab left Iraq and the country was engulfed by war, she never heard from Radiya again until, one day at work, she came across a photo that had been sent to a Women for Women International sponsor from a displaced woman in Iraqi. The photo showed Zainab and Radiya as children. Radiya was living in a refugee camp in southern Iraq after her husband had been killed by militants in Baghdad.

As soon as she could, Zainab returned to Iraq to find her old friend. She asked for forgiveness for hurting her as a child, and Radiya shared what it had been like for her as a poor child maid unable to attend school, watching Zainab completing her education with the world at her feet. In the audiobook version of the Freedom Is an Inside Job, Zainab’s emotion – her shame, sadness, joy and love – seep into every word as she tells this beautiful story.

A book to heal our divided world

One of the most important takeaways (of many!) from the book is the roadmap it offers us for healing our deeply divided world. Zainab shares her frustration at the problems facing the world, and particularly the political polarisation that has arisen in countries like the US, which she calls home. She suggests that we tend to deflect attention from our own wrongdoing and shame by looking to the bigger problems in the world, like conflict, inequality and injustice. But by doing this, we fail to acknowledge our part in creating and sustaining these problems.

As an example, Zainab tells the story of an encounter she had with the owner of a brothel in India while she was reporting on human trafficking in the country. She asked the man in an interview how he felt about the fate to which his business subjected desperate young women and girls. The man argued that he treated his employees better than many others like him, and he criticised Zainab for shaming him without acknowledging her own part in this industry. He said that, by laughing along with jokes about prostitutes and by failing to call out the men in her own life who had paid for sex, she was complicit in sustaining the industry that holds so many people captive.

The encounter made Zainab realise that we cannot turn away from our role – no matter how seemingly small – in sustaining these global issues. We can’t criticise the behaviour of others, no matter how horrifying, until we acknowledge what we, ourselves, could do better. If we are unable to do this, Zainab argues, the people like the brothel owner will continue to use our complacency and complicity to justify the suffering they cause.

The book also offers critical guidance on how to have difficult and polarising conversations in a constructive, empathetic way. It suggests that we must look inward and take ownership of both our darkness and our light if we truly want to heal the divisions plaguing our societies. Until we are able to hold ourselves accountable, to forgive, and most importantly, love and respect ourselves, we will not be able to exercise the empathy the world desperately needs in order to build bridges across racial, cultural, religious and political identity groups.

In short, if we want to heal the world, we must first heal ourselves.

Freedom Is an Inside Job is an essential read for anyone who feels sad, angry or frustrated at the current situation of the world. It delivers a few home truths about how our inability to know and love ourselves could actually be making things worse. But ultimately, Zainab’s message is an uplifting and empowering one, as she shows us how we can all play a role in building bridges and easing the suffering of the world.

This resonates deeply with Pink Jinn’s message, that taking the time to learn more about ourselves and others – what make us different and what makes us the same – makes the world a better place.

I would highly recommend reading the book – or even better listening to the audiobook, which is narrated by the author herself (and if you sign up to Audible before 14th December, you can get 50% off for the first 4 months!).

The Last Optimist in Baghdad

5 thoughts on “Freedom Is an Inside Job: Iraqi Activist Zainab Salbi on how to heal the world”